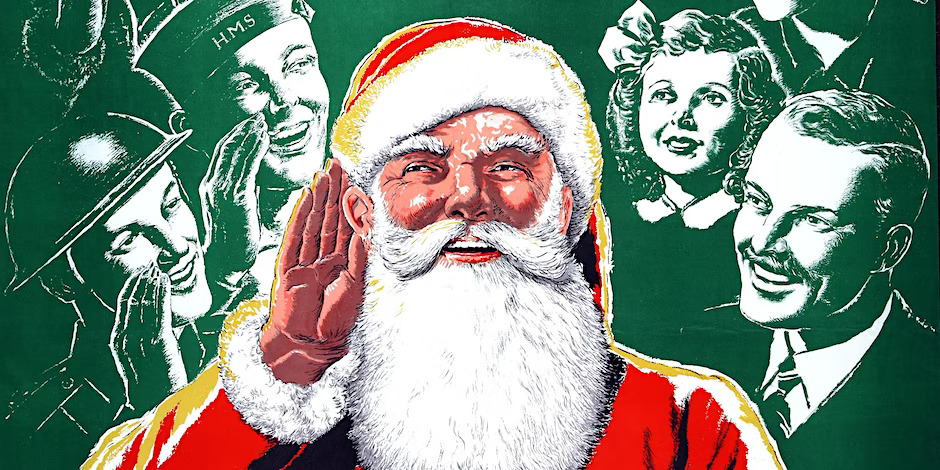 Throughout periods of war and conflict, people have found creative ways to celebrate the Christmas season.

Join Katherine Howells from The National Archives and Anthony Richards from the Imperial War Museums as they share fascinating objects, documents and images from the archives that tell stories of wartime Christmases which can be surprising, funny, and deeply poignant. From war diaries documenting the famous Christmas truce of 1914 to a propaganda film portraying Christmas during the Blitz, you’ll discover the varied records which give us a unique insight into the experiences of people celebrating Christmas in the face of war.

Katherine Howells is the Principal Records Specialist of Visual Collections at The National Archives. Anthony Richards has worked at the Imperial War Museum for more than 25 years. An experienced historian and qualified archivist, he has contributed to many publications and media projects based on the personal written testimony of the two world wars, including two books about Christmas.

What’s Online is a series of talks, in-conversation events, and webinars delivered by our experts and special guests. Events last approximately one hour, including an audience Q&A.

This event will be presented on Microsoft Teams. You do not need a Teams account to join an event, and can select the Join anonymously option to join from your browser if preferred. If you are accessing the event from a mobile device, you will need to download the Teams app. For the best experience we recommend using either a laptop or desktop computer.

You will receive a reminder email, including a link to join in advance of the event. For more information on attending a Teams event, please visit: https://bit.ly/3hWNWwn