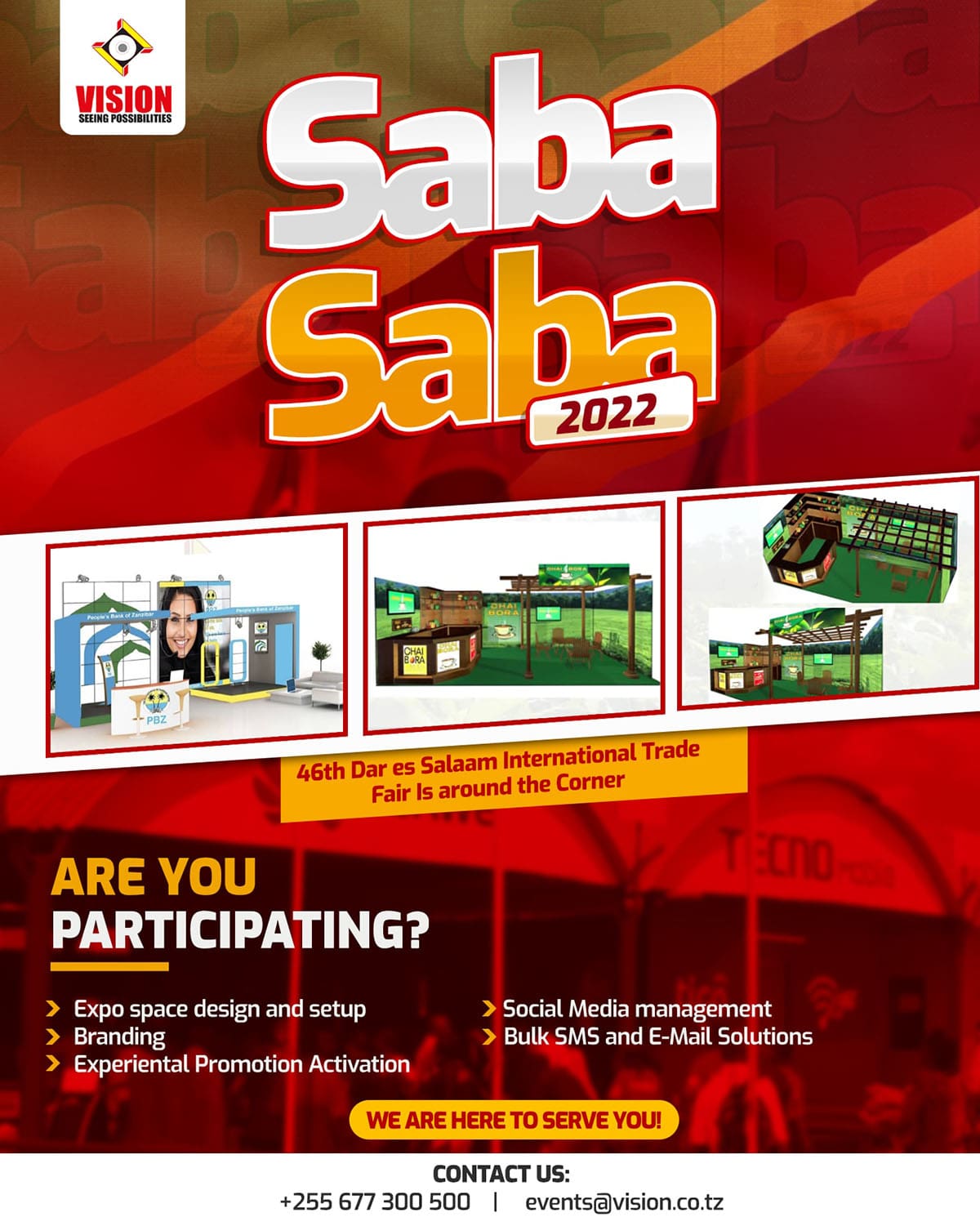 International Trade Fair: Are you participating?

International Trade Fair: We are here to serve you – book early to get the best locations for your marketing.

The Dar es Salaam International Trade Fair has established itself over years as the shop window for Tanzanian products as well as the East, Central, and the Southern African regions. Supported by the services of the Dar es Salaam harbour which serves the region effectively, the fair acts as a one-stop centre for reaching countries such as Kenya, Uganda, Rwanda, Burundi, Democratic Republic of Congo, Zambia, Malawi, Zimbabwe, and Botswana.

The fairs enjoy the patronage of the Tanzanian business community who both exhibit and use it as a forum for business exchange.

Participation has ever been on the increase from a mere over 100 companies in the late eighties to over 1041 companies in 1999. In 2006 a total of 1526 exhibitors exhibited at the fair and came from overseas representing over 18 countries, Tanzania inclusive.

The fair also enjoys the support of the Government through the Ministry of Industry, Trade, and Marketing. The fair is also supported by the Tanzania Chamber of Commerce, Industry and Agriculture (TCCIA) and the Confederation of Tanzania Industries (CTI) as well as other institutions in the country.

Vision Investments can assist you in setting up your Pavillion or booth while providing these services:

More in this Category